Power tool batteries are some of the densest lithium-ion packs lying around your house (or construction site), but they rarely play nice with the kind of chargers and batteries that top up your laptop, phone and PC. That might be about to change — Ryobi and DeWalt are testing the waters with USB-C powered battery options, and one of them looks seriously neat.

It’s easy to argue that Ryobi has taken the idea the furthest; as Gizmodo reports today, it’s the first major manufacturer to stick a USB-C charging port on the battery itself, letting you use the same charger to top up your power tool as you’d use on a laptop.

But these 4V 2Ah batteries look a little bit weaksauce to me — they’re not compatible with existing tools, nor are they remotely powerful enough for the 18-20V power tools that dominate the market today. Instead, you’ll have to buy into a new “Ryobi USB Lithium” lineup of tools with roughly the power of a cordless Dremel. 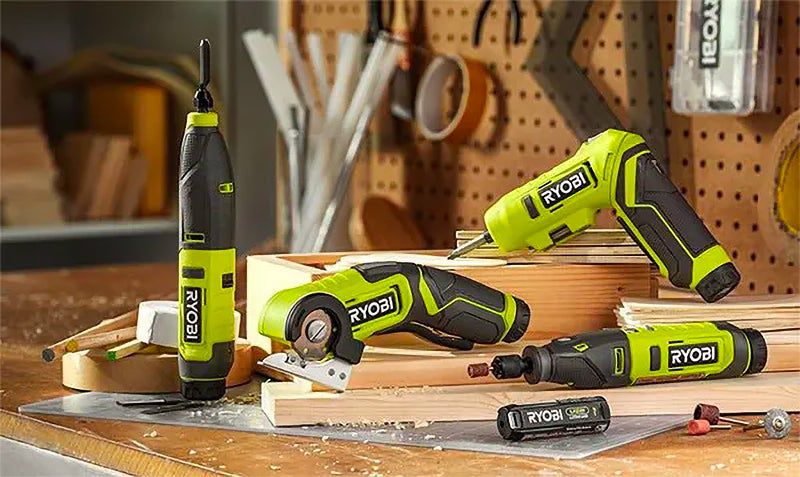 So let’s talk about something a little bit more exciting: both Ryobi and DeWalt are also releasing snap-on USB-C adapters this spring that not only let you charge their 18V (Ryobi) and 20/60V (DeWalt) batteries with a USB-C cable, but also turn those batteries into a portable power source for your laptop and tablet.

And there, it’s looking like DeWalt might have the edge — its $99 20V Max USB Charger/Adapter (DCB094K), hitting stores this March, will come with a bidirectional 100W USB-C PD port so you can charge its batteries (or your laptop) at the highest speed USB can deliver. 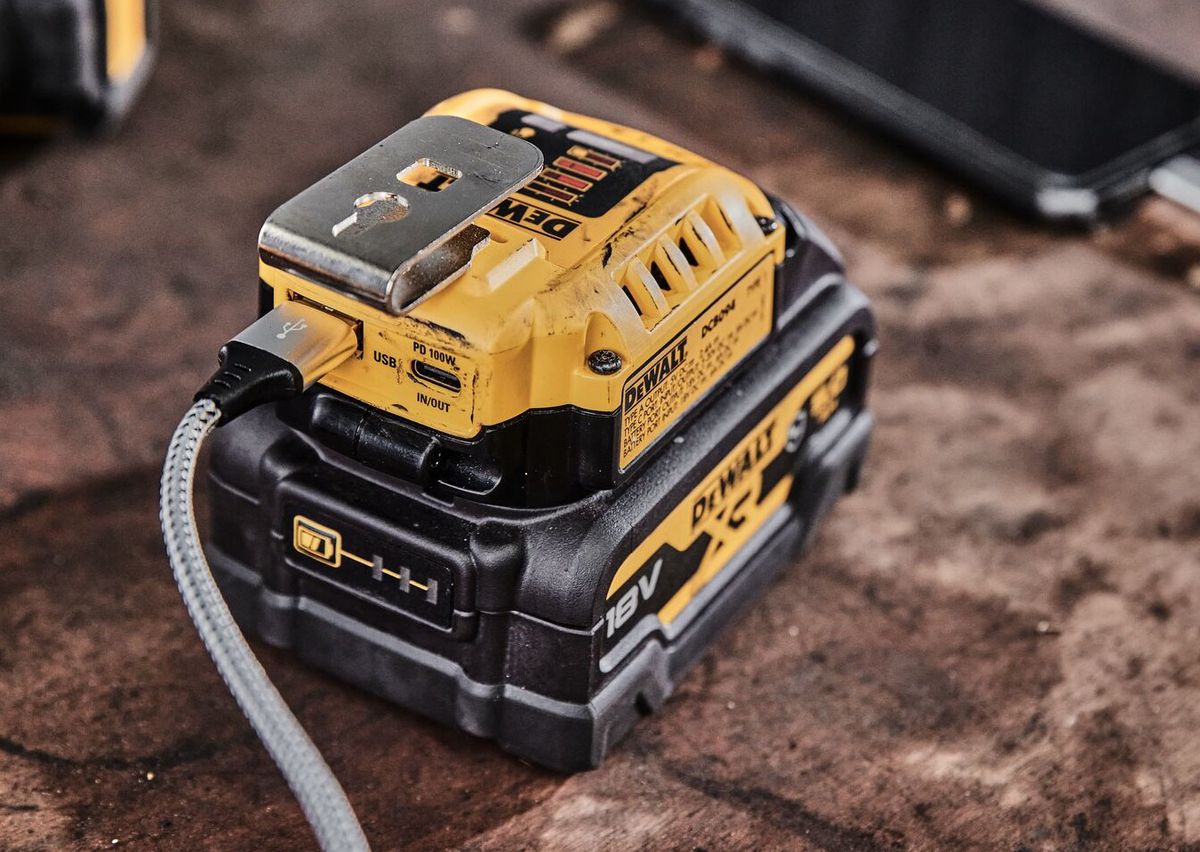 DeWalt battery product manager Sean Fitzgibbons tells me the kit works with literally any of the company’s 20V or FlexVolt batteries, and it can turn every one of them them into a 20-volt, 5 amp (100-watt) charger for your compatible laptop.

And while you shouldn’t expect to fill an entire laptop from one of the 1.3Ah or 1.5Ah batteries that come with the company’s impact drivers, he points out that the company’s popular 5Ah DCB205 battery has a capacity of 100 watt-hours. Add this adapter, and the 1.4-pound pack is theoretically capable of filling the largest laptop batteries on the market. (Laptops are generally limited to 100Wh batteries because you can’t board an airplane with larger ones in many countries; you’ll also likely lose some juice due to transfer losses.)

DeWalt’s lineup has both amps and capacity

That battery isn’t DeWalt’s highest capacity, either: they come in 6Ah, 9Ah, 12Ah, and you can even pay $379 these days for a monster 15Ah/300Wh battery pack that could charge a 16-inch MacBook Pro three times over if not for transfer losses.

“I think we’ve got a sleeper hit here because we designed right up to the threshold of what’s defined in that USB standard itself,” says Fitzgibbons, saying he expects them to be popular on job sites with USB-C powered laptops and tablets, and perhaps with people who drive cars with USB-C ports. “It gives you a solution for an in-vehicle charger, now you’ve got your batteries charged on the way.”

While USB-C PD might not be the absolute fastest way to charge your DeWalt batteries, it might actually be faster than the chargers that come bundled with DeWalt’s lighter power tools — only a handful of DeWalt’s chargers put 5 or more amps into a battery at once. “It can charge most batteries we have in about an hour,” he says.

The one weird bit is that DeWalt’s shipping it with a 65W adapter, not a 100W one, so you may need to provide your own charger for the fastest speeds. It does come with a braided 100W USB-C to USB-C cable, though, so you should hopefully be covered on the battery-to-laptop front. 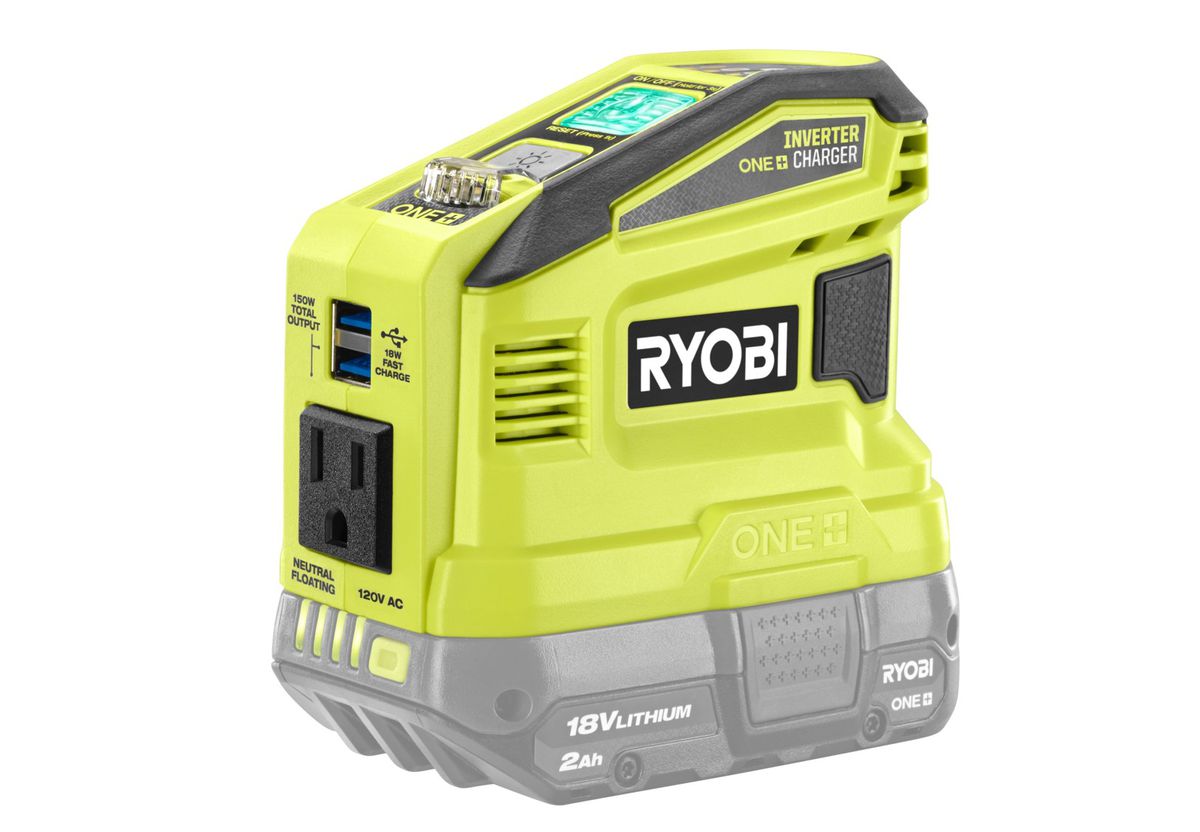 As I mentioned, Ryobi’s working on a gadget like this too, also slated for the spring, and the 18V One+ 150 Watt Power Source even has some fancy features like a three-prong AC outlet, a built-in light and a pair of USB-A ports. But it skimps on the most important part: the USB-C charging port is limited to just 30W, less than a third of DeWalt’s. (And while Milwaukee also has a gadget with a 45W USB-C port, it only outputs energy; it can’t charge your power tool batteries to start.) 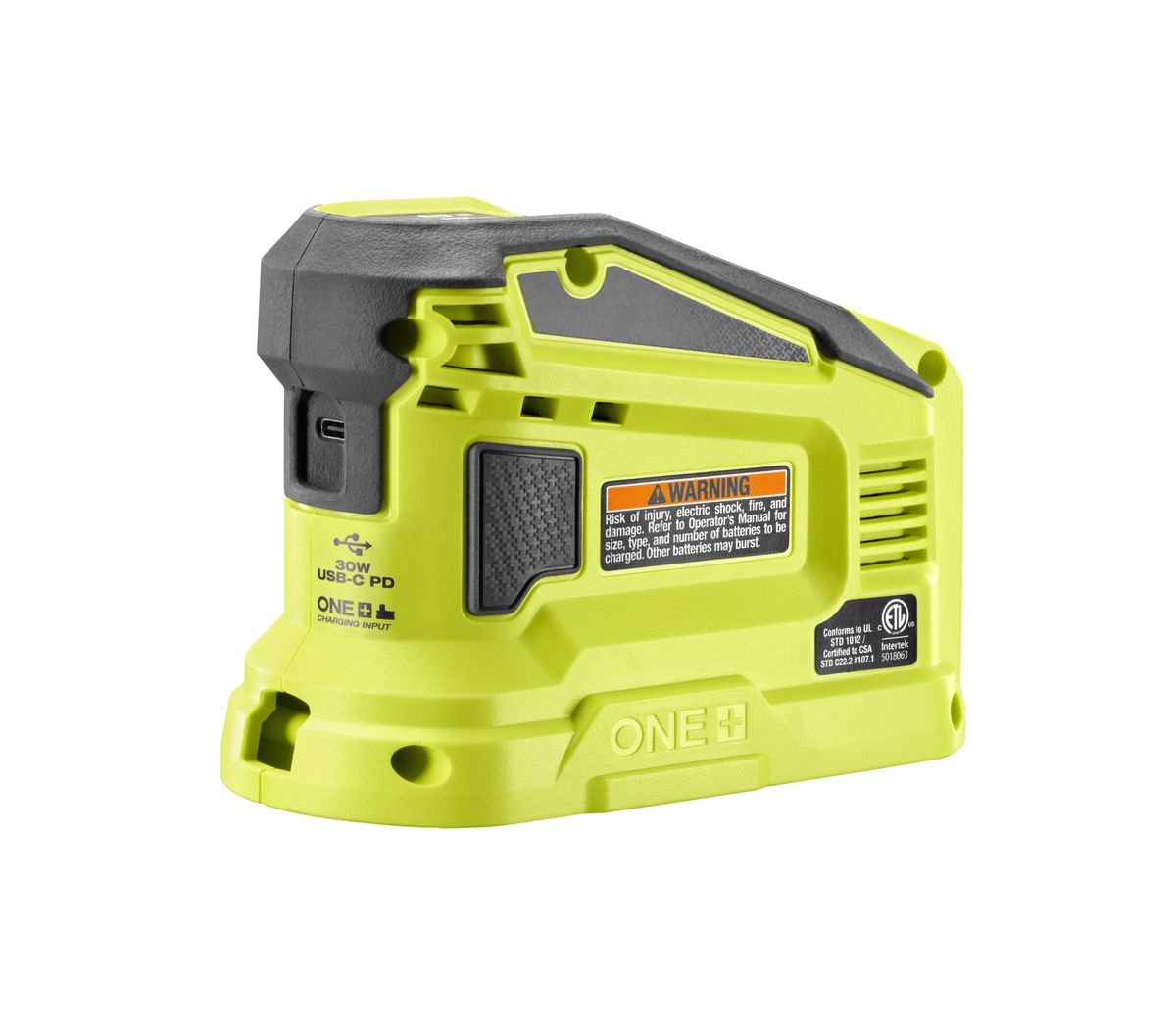 That 30W maximum kills me.

While these might be handy for people who already own a bunch of power tools and batteries, the bigger question is when we might see USB charge ports built into batteries to begin with — and DeWalt’s Fitzgibbons isn’t ready to promise anything there. “For construction sites, I think it’s only really recently that people are using these USB-powered electronics,” he says. “We don’t want to create a situation where… obviously there would be some cost to integrate that type of technology directly into a battery, and what we don’t want to do is force everyone to pay whatever extra it would cost when it’s a feature they don’t need.”

He says that the DCB094 may serve as a test of sorts. “If we get the interest that I expect we’re going to get, I think that would open the door a lot more to potentially adding that directly to batteries down the road.”

Although Intel doesn't appear to be sampling their budget oriented CPUs to the press, we've bought the entire bunch for testing and...